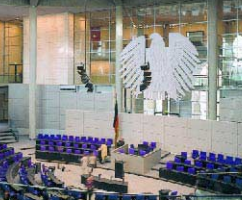 dds-mazine for furniture and interiors 7-1999

With a total amount of about 20 Million Deutsch Marks at the New German House of Parliament in Berlin VHB - Vereinigte Holzbaubetriebe - got a unique order package. 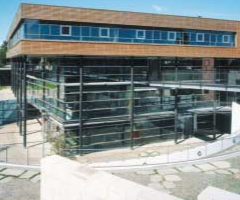 Hanging mullion-transom-facade: Optical effects only caused by the horizontal arrangement of the wooden transoms are special for the front elevation of a primary school in the south of Berlin. In order to be able to convert this demand of the architects technically perfectly, the planners did invent some technical interesting and everyday design details. 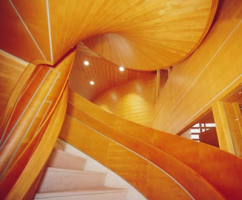 Finding new shapes: The Vereinigten Holzbaubetriebe (VHB) rank among the first addresses looking for example for finest interiors. Where many companies possibilities end, the terrain of the innovative enterprise starts. Based in the South German city of Memmingen, employees use not only most modern CNC processing machines, but they have also in terms of software an extremely flexible and efficient surrounding to control their machining centres. 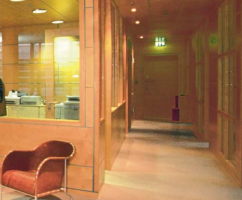 dds magazine for furniture and interiors 6-2000

Good News: A Scandinavian relaxed atmosphere welcomes the visitors of the new Swedish embassy in Berlin. The interior designers could show with this fastidious project all their skills and crafts. 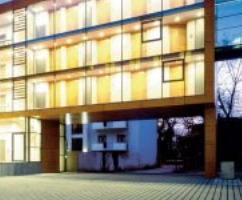 A Symphony In Wood: Like a wooden sound sculpture the new concert hall 'Felix Mendelssohn Bartholdy' adds itself into Leipzigs existing ensemble of the university of music and drama. The contemporary extension of the historical building brought Gerber architects from Dortmund the German facade price 2004 for closed facade systems. 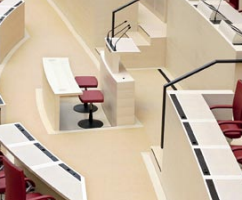 The new Plenary chamber of the Bavarian Parliament: Since the former Plenary chamber was constructed in 1948, it has become neccessary to make important improvements, to adapt to modern day demands. The Berlin based architect Volker Staab won the competition for the contract to design a new Plenary chamber and work started in the summer of 2004, with completion in December 2005. The new chamber has been extensively refurbished, in order to provide an improved working environment for the parliament and its officials. In particular, there are improved standards of fire safety, an entirely new roof to maximise natural light, and improved seating to offer more flexibility of access, as well as vital computer connections. A more spacious gallery is provided for the press and public, and the design includes greater access for the disabled. 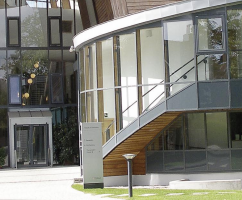 Atrium with special solutions: The extension to the Southampton University was built in the style of the existing administration building from 1970, solidly constructed in brick. An atrium connects the two buildings and with its openness and lightness contributes fundamentally to the newly developed character of the Student Services Centre. For this concept, Nicholas Hare Architects received the RIBA award – the architectural prize of the Royal Institute
of British Architects. Special requirements were imposed by the underground, building connections and structural demands. German VHB (Vereinigte Holzbaubetriebe) who were in charge of the entire planning,
execution and assembly, could fullfil all the requirements with some conventional approaches. 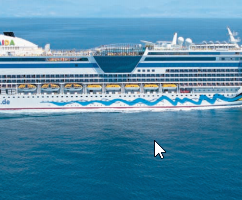 Holiday mood by carpentry out of exakt 7/8-09

Dive into the world of the rich and famous Summertime = holiday season. Many farms have closed the operation for two or three weeks. But the trained eye of the craftsman's has no vacation. The annual holiday should be for recreation, but also in the Spanish sun craftsman will check instinctively hotel facilities, ship and carvings on their technical quality. That probably lies every passionate craftsmen in the blood. Always on the lookout for inspiration. Understand how something was made and what's behind it? Finally, want to know what the "colleagues abroad" or the competitors at home creats. Often these are installations or the technology from home. 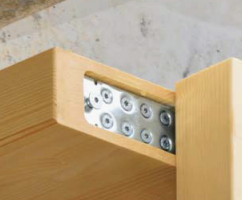 A hall for all: Functionally and structurally obsolete in terms of energy, was the Suppinger Kornberg hall from 1970. In autumn 2007, the Ott- architects (Laichingen), starts the launch of the redesign. "The goal was to create a building in which the different user groups, such as school and club sports, public and club events and the club house of SV Suppingen optimally work together and benefit from each other" ... 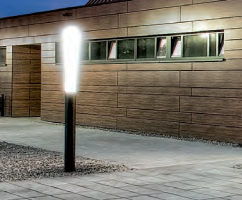 smooth transom; Visible wooden parts need connections, which are efficient, aesthetically pleasing and easy to install. In the transom-mullion facade of the primary school in Feldkirchen put the timber companies "Vereinigte Holzbaubetriebe" in the Ricon connection of Knapp.